Visit Software: from an idea germinating since 1984!

Why performing arts is a passion for us at Visit Software

Performing arts has been a key part of my family for a couple of generations now. It started with my father, who used to be a rewind boy at the cinema as a young man. When a reel of film was finished, it was his job to wind it right back to the start, so that it was set up and ready to be played again for the next viewing.

When he had me (son number three), he had already progressed within his career at the cinema. By this time, he owned the Picture House  in Uckfield  (which, incidentally, is nothing to do with the Picture House  chain, but rather is an entirely independent cinema). During his lifetime, he went on to own a total of three other cinema sites. So you can see that cinema and performing arts have always been an important part of my life, right from day one.

My childhood at the cinema – setting the groundwork for Visit Software

As a child, Saturday mornings generally involved me heading down to the cinema with my dad. Early on, the usual pattern was me asking if I could fetch some sweets from the stock room whilst he went about his morning cinema business. I have many happy memories from those times.

Sadly, he passed away some 28 years ago, but luckily the Picture House  still remains within the family. So we remain connected to it and to everything that it stands for.

How the Picture House  developed – alongside me

I pretty much grew up in and also with that cinema. It started off as a single-screen cinema – where I could often be seen running around pretending to be a StormTrooper (yes, Star Wars was one of the many well-loved films of my youth). But as it grew up alongside me, it flourished and developed into a thriving, three-screen modern event cinema that is adored by the local community.

I like to think that the success of this particular event cinema is all thanks to the vision, tenacity, creative genius and hard work of the Markwick family. And by “family” I don’t just mean the blood relations, who have picked up the baton to carry on this family tradition. But also the whole team at the Picture House,  which is very much seen as being part of an extended family, all pulling together to make the cinema a success.

When the seeds of Visit software were planted

My own interest in cinema included a different side of the business to the one that interested my father. During the cinema’s first refurbishment in 1984 (back when I was 13), I wrote my first commercial-grade ticket selling software for the Picture House. For an independent cinema back in 1984 (or any cinema, come to that) to have had multi-terminal, networked, computerised , advanced booking software was pretty revolutionary. So perhaps I was a pioneer. Who knows. But it started an interest that continues today.

Nevertheless, despite my interest in software, I took the time to follow in my dad’s footsteps too. I showed and rewound the films for a while before I went to uni (sadly they don’t do that anymore, it’s all digital of course).

Back then, holidays mainly consisted of me and my friend getting stuck in: selling tickets, taking bookings, selling sweets, picking up rubbish, and dealing with customers all day long during what seemed to have been long, hot, busy summers. It certainly was all about the cinema in those days!

An inbuilt passion for customer service, customer experience and technology

It was from these happy times that things like operations, customer service, technical challenges, the things that make customers happy (and sad – that happens too, from time to time, and knowing what to do then is crucial) all became part of me. I think it’s in all of the Markwick family’s blood, you see.

So that life-blood is what started Visit. The inbuilt passion for cinema and for performing arts. The ready-made desire for delivering excellent customer service and customer experience. And a long-term interest in the technology that can best serve this passion. All of this, combined with a willingness to seek out and embrace customer feedback – which we use to constantly hone and improve what we do and the software we provide – has gone on to make Visit what it is today.


Read about Visit features or

Visit Software is the next generation platform that arts venues use to deliver a personalised,... 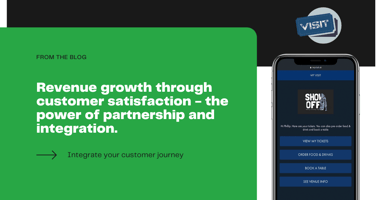 Revenue growth through customer satisfaction - the power of partnership and integration

Partnerships and integrations underpin the benefits of Visit for performing arts venues. Our... 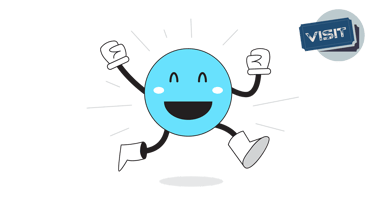 Here at Visit, we see the effects of the ongoing restrictions and limitations to the capacities of...